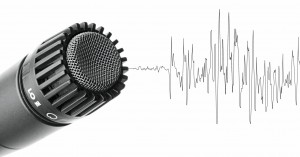 You pick up a two-way radio, say something into the device and take for granted it will reach your intended receiver. Just like when you turn on the radio while driving and instantly hear the sounds of your favorite songs as if a concert were taking place in your car. If you really think about it, the power of radio is pretty incredible. But how does it really work?

“Radio waves” are capable of sending all kinds of data, including music, dialogue, and pictures, over vast distances. Everyday there is a whirlwind of data surrounding you, invisibly flying to and from an intended destination. Radio waves are doing all of this hard work, and yet they remain completely invisible, as well as silent, to the human eye.

Everyday things that utilize radio waves include (a few of these might actually surprise you!):

Did you know that even microwave ovens rely on radio waves? And that any radio-controlled automatic clocks, watches, and other gadgets you have purchased in the past are synched to the same radio connection in Colorado? All of these items might be made by different brands, but they are all connected to the same radio signal located in Boulder, Colorado. The National Institute of Standards and Technology operates the transmission, which sets the proper time for many timepieces.

With all of that being said, creating a radio might seem like a complex process but in fact it’s fairly simple.

How To Make Your Own Radio

The most basic example of a radio can be made using the following experiment:

As a result of doing this you will hear a crackle come over the radio signaling their connection and disconnection. Without a number of other working parts, your coin and battery can’t actually transmit any useful conversation, or transfer data from more than a few inches away. Yet still, it clearly exemplifies how basic the technology behind radio devices really is.

The Importance Of Static

Static helps transmit data. Today all radios rely on continuous sine waves to deliver data, either audio or video. The reason we need so many actively available sine waves is because every second a flurry of new people want to send a message via radio. If we could actually see these radio waves they would be everywhere, literally thousands would be surrounding you right now. It’s a good thing we can’t see them or else that would get pretty distracting!

Two Parts Of Every Radio

Each radio has two distinct parts, the receiver and the transmitter. The transmitter is what works to collect the message and transform it into a sine wave, which is then transmitted over radio waves. The receiver is responsible for receiving this data at its arrival and decoding the message back into its original form. It is the antenna on a radio that helps both the transmitter and receiver properly do their job and capture the radio signal.

Who Invented The Radio?

Guglielmo Marconi won the 1909 Nobel Prize in Physics for inventing the radio, but just months after his death the real inventor was finally given proper credit. Nikola Tesla is the man behind the original radio, a device that has greatly changed everyday life in so many ways. Marconi may have thought he invented the radio first, but Tesla filed for a patent on radio technology over 3 years before. Tesla called his discovery “World Telegraphy.”

It was Marconi who signaled the first radio transmission in human history, although he was using a patent that had already been sealed into place by Tesla. Marconi sent the letter ‘S’ all the way from Cornwall, England to Newfoundland, Canada. Tesla was not without some sense of humor on the mater. In fact, he responded to this infringement by saying, ““Marconi is a good fellow. Let him continue. He is using seventeen of my patents.” (Reference)

Today radio has advanced into so many facets of everyday life.  If we physically saw radio waves we would finally understand just how much this area of communication has advanced.