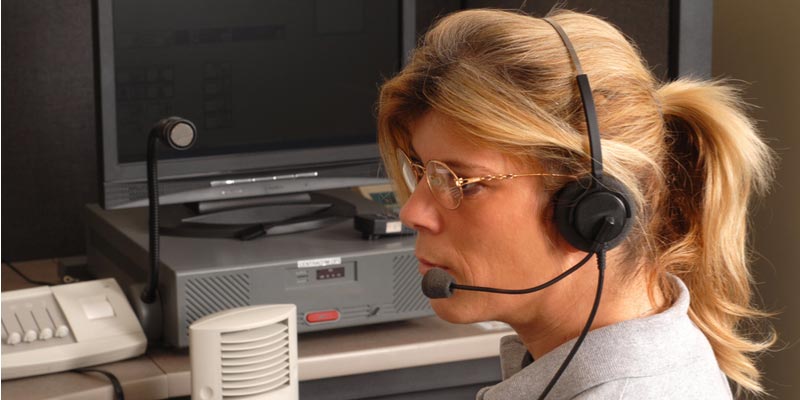 There are ample benefits to good in-building communication from both the perspective of first-responders and the public. First and foremost, it allows people in the building to call outside of the building for help. This can shave crucial time off the table in terms of efficiently deploying the appropriate forms of help to the scene. A good in-building system also helps fire fighters and other first responders maintain solid radio connection from inside all points of a building.

Issues with first responder efforts almost always link back to difficulties with communication. On 9/11, first responders faced this issue once they got inside of the towers. Additionally, Hurricane Katrina and the Northeast Blackout are other major occurrences negatively impacted by the inability of first responders to communicate.

These major events in America’s recent history have brought more attention to the matter of in-building communication systems. Police and fire personal require code-compliant coverage on multiple frequency bands so that they can communicate using two-way radios during an emergency no matter where they are in a building, 40-stories up or underground.

Tall buildings made from dense materials present a roadblock of sorts for radio signals trying to pass through, disabling everything from cell phones to first responder radios. Point-to-point communication is complicated when some crew members are on the ground and others are 35 stories up. The structure of high-rise buildings significantly reduces the RF signals.

Police two-way radios work a little differently and tend to work better in taller buildings because their signals are often located on land-based towers or attached to the tops of neighboring buildings. The technology to enhance signals and dissolve the problem exists. Some regions are now enforcing mandatory building codes that enforce the installation of these lifesaving systems. Distributed antenna systems offer support to first responders through LMR, VHF/UHF frequencies.

“Building owners who make the commitment to provide this capability should be rewarded legally and financially for making their facilities safer. Those who do not provide in-building wireless coverage in their facilities should pay higher insurance rates and other costs, because of their structures simply are not as safe as those with in-building coverage,” writes Donny Jackson, the Editor of Urgent Communications.

The Importance of Distributed Antenna Systems

AT&T reports just under 80% of all wireless calls start or end inside buildings. In other words, it’s virtually prehistoric to operate a building that does not have the additions necessary to facilitate calls. As a result, wireless carriers developed a way to facilitate communication no matter how tall or dense a building may be. The best approach is a Distributed Antenna System (DAS).

A DAS is installed to enable public-safety communications and can support various frequency bands, for instance VHF/UHF as well as 800 MHz. The same systems are not used for both public safety radio frequencies and cell phones. While it sounds like a good idea in theory, they can cause interferences with one another. While 9 out of 10 manufactures focus on developing communication enhancement systems for cell phones, first responder communication is crucial and can save lives. That’s why we are on a mission to provide the best in-building communication systems for first-responder radios.

Does Your Building Need A DAS?

If your building is in Miami-Dade County, the Category 40 permit requires the addition of an approved distributed antenna system and bi-directional amplifier. We can get you up to code in no time! For zero charge, we visit your location with an engineer to assess the needs of your building and provide a free estimate. From there, we create a plan of action and install the entire in-building system.

Other regions are on their way to creating similar permit requirements to Miami-Dade’s Category 40.  Even if these systems are not yet mandatory in your region, implementing them is crucial to protecting public safety. Contact us today to set up your free estimate!