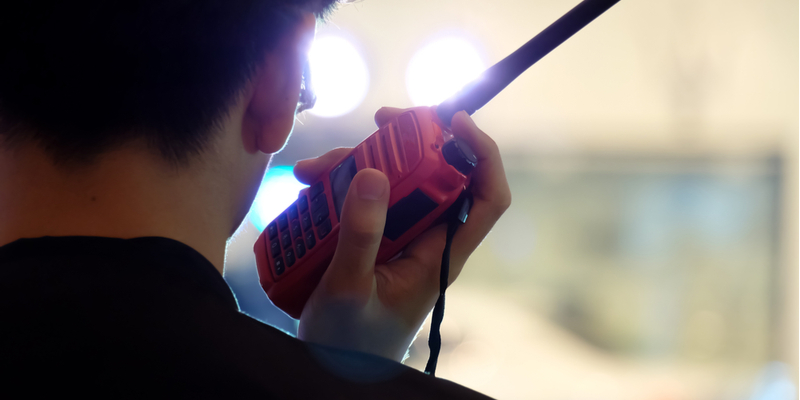 Radio jargon is a real thing and anyone who spends time communicating across two-way radios should know the meaning behind these terms. In this blog, we are going to run through the most common two-way radio terms so that you can radio like a pro.

Traditional analog two-way radios offer all the basics like push-to-talk, scanning, one-on-one group conversations, and limited encryption options. Signal strength is going to continually decrease as you get farther away from the transmitter. Once you get near the maximum range of the radio, all you will hear is white noise. On the other hand, digital radios maintain more consistent sound quality.

Digital: Digital radios are the latest form of radio communication, offering advanced communication capabilities, a greater call range, high quality voice signal, more reliable coverage, and advanced software availability. Plus, digital radios come with a 30-50% increase in battery life when compared to analog radios thanks to the fact that the digital radio transmitter does not operate 24/7.

Learn more about the difference between analog and digital radios

Intrinsically Safe (IS): Intrinsically safe radios are mandated in certain scenarios, such as onboard marine vessels or where explosive gases are potentially present. These radios are specially designed to produce a low electrical energy so that they do not ignite explosive gases. They are also able to remain usable in very high heat, and after exposure to dust and water. In other words, these are the strongest radios you can get your hands on. Manufacturers are required to meet strict production standards in order for a radio to be considered ‘Intrinsically Safe’, or ‘FM Approved’.

Channel: This is the frequency that a two-way radio uses to communicate through. Different channels are used based upon the radio’s capability, as well as the make and model of the radio.

Land Mobile Radio (LMR): This is typically a private system that allows users to communication from a base across several mobile radios. It some cases a single frequency is shared, in other cases multiple frequencies are relied upon.

Portable: A short-hand word for walkie-talkie or hand-held radio

Mobile: Any type of wireless communication that relies on radio frequencies in which the path of communication is transportable on either end. It is typically mounted to a vehicle.

Push-to-Talk (PTT): All two-way radios are equipped with a PTT button, that means you can transmit a message across the channel with the push of a button.

Voice Operated Switch (VOX): Some radios are also outfitted with a voice operated switch so that you don’t even have to press a button to transmit across the channel.

Repeater: This is the combination of a radio receiver and a radio transmitter that can take in a low-level signal and repeat it at a higher power so that the signal transfers over a longer distance without losing sound quality.

Relay Delay: Allows users in a group to communicate without any delays because it stops the repeater from continually re-activating by keeping the repeater transmitter open for a short time after the PTT switch is released.

Range: The distance in miles that a two-way radio can communicate. A variety of factors can influence the range you actually get, including the presence of mountains, vehicles, buildings, trees, and so forth.

Trunking: Standard radios are assigned one frequency per channel, in order to change this you must re-program the channel. In a trunked system it’s a little different, as all of the frequencies are in a group that is managed by another device. That way, frequencies can be allotted to a radio’s channel as needed.

Squelch: A mechanism that shuts off the speaker or headphone when there is no signal present. This prevents a hiss or crackle from coming across the line.

Project 25 (P25): A technology standard that allows public safety officials to communicate across different agencies in the event of an emergency.