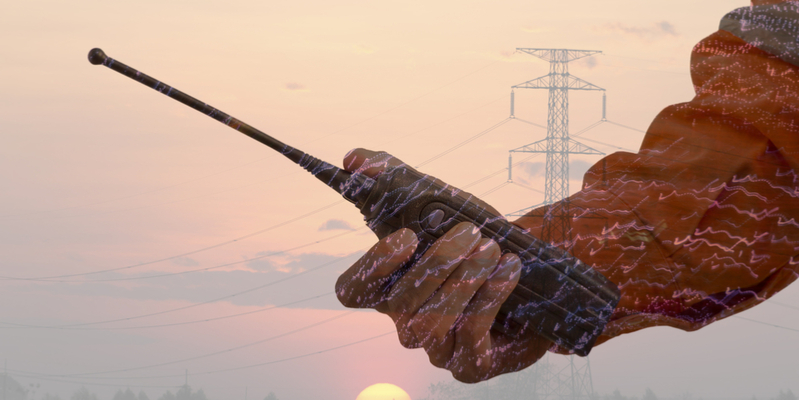 Two-way radios come with a variety of features, including the option for GPS tracking software. This allows you to remotely monitor where all two-way radios are, whether they are out on the road or at a particular spot in a large venue.

Imagine having the ability to virtually track every member on your team throughout the day. The benefits of this level of oversight are vast, including the ability to create more efficient systems, identify workers who are not doing their job as intended, and even helping keep crews safer. There are additional benefits in an emergency when keeping track of team members is crucial. Other tracking systems, such as a GPS transponder, exist but they don’t give you the same freedom to communicate with the push of a button like a two-way radio.

In rare cases, it might be helpful to get a GPS transponder that operates separately from a two-way radio. This is a tracking unit typically attached to a person or vehicle to monitor their location in real time.

What is more important to your business—the ability to track personnel or communicate with the entire team? If tracking is important but communication, not so much, you may want to consider a GPS transponder, which does not offer communication features but does work as a highly reliable tracker.

Two-way radios with GPS capabilities are powerful tools themselves, although the GPS trackers used in two-way radios can take more time to update with real time location information simply because they are running more data at any given time. Whenever users communicate across the line, it takes up bandwidth – the same bandwidth used to track location. It’s worth the slow down if communication is a number one priority. Although, if you just need to track individuals, a GPS transponder may make more sense.

Benefits to using a GPS transponder vs two-way radio with GPS:

Benefits to using a two-way radio with GPS vs. GPS transponder:

While a transponder may be ideal for certain situations, there are many benefits to two-way radios with GPS.