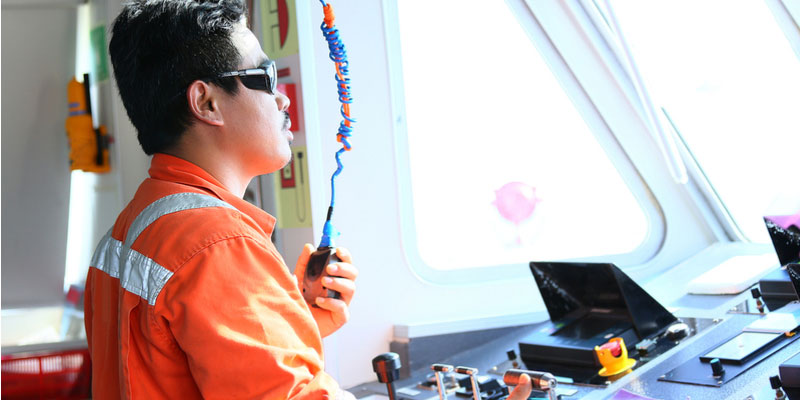 The latest SOLAS Marine Fire Team Radios requirements have been updated as of 2016. Also, new regulations instituted in 2014 are required to go into effect in July of 2018. The goal of these regulations is to enforce safety in case of an emergency. The new requirements enforce all ships to have 2 two-way radios on board. Radios must be explosion proof or intrinsically safe.

What Does “Intrinsically Safe” Mean?

In short, intrinsically safe simply means that equipment is constructed to a standard that is approved for use in high heat and emergency situations. This requires a very durable radio system that can withstand high heat as well as water, and even explosions.

According to the ISA-RP12-6 intrinsically safe is defined as: “equipment and wiring which is incapable of releasing sufficient electrical or thermal energy under normal or abnormal conditions to cause ignition of a specific hazardous atmospheric mixture in its most easily ignited concentration.”

How Long Do You Have to Comply with New SOLAS Regulations?

“For ships constructed on or after 1 July 2014, a minimum of two two-way portable radiotelephone apparatus for each fire party for fire-fighter ́s communication shall be carried on board. Those two two-way radiotele-phone apparatus [Fire-fighter radios] shall be of an explosion-proof type or intrinsically safe. Ships constructed before 1 July 2014 shall comply with the requirements of this paragraph not later than the first survey after 1 July 2018.”

All ships built after July 1, 2014 should be equipped with the newest regulation requirements. There are around 2,000 new ships constructed each year but it’s reported that only a handful of ships meet all SOLAS vessels requirements. It is estimated that fire fighter radio requirements have jumped to around 6,000 to 8,000 units per newbuildings annually.

It is estimated that 89,000 vessels constructed prior to July 1, 2014 are still in existence. An estimated 60,000 to 65,000 vessels are regarded under the SOLAS regulation and must adhere to SOLAS 10.10.4. Non-SOLAS vessels are still mandated to follow Regulation 10.10.4 as of July 2018. The number of vessels that have adapted the latest standards can be difficult to estimate because “some of these will implement Regulation 10.10.4 on the owner’s voluntary decision.”

When is the Deadline to implement 10.10.4 Regulations?

Final implementation date is July 1, 2018, at which point around 260,000 to 300,000 units will be necessary. This “will pose an exorbitant requirement for timely delivery prior to survey of the vessels trading worldwide.”

We take great pride in our job helping you and your team find the right solution to meet all requirements. The goal is always to protect the safety of crew members and first responders.