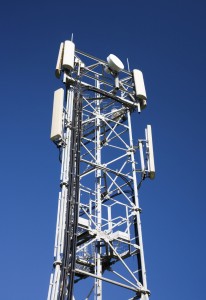 A base station, also known as a repeater, is a device used for communicating with or without hand-held radios, but most often with. A base station produces a much greater wattage output than a single two-way radio, meaning it grants coverage over a much broader area. Transmissions from portable two-way radios are sent to the base station where they can then be transmitted through a higher wattage to other frequencies. Base stations rely on external antennas to provide a great deal of transmission power, although because they are not mobile they can only be utilized in a fixed location.

In a professional setting where two-way radios are used to keep everyone connected, a base station works as a main point of connectivity. While the base station stands in as the stationary end of the communication link, the other links are the portable hand-held devices that are out in the field.

Businesses that need to relay information back to one spot can greatly benefit from a base station for two-way radios. Industries that commonly use base stations include tow truck companies and taxicab services.

Amateur radio users can also use a base station for mobile rigs, hobby, or family communications. These systems are often crucial to helping in an emergency, such as for search and rescue purposes.

Types Of Base Stations

The US Federal Communications Commission licensing defines base stations, also referred to as control or fixed stations, in Part 90 of the commissions regulations. According to these regulations base stations are defined as one of the following:

How Many Base Stations Do You Need?

Oftentimes, a base station radio only offers one channel of communication, but is not limited to this. When needed, a multi-channel unit is accessible. If heavy usage and many channels are necessary, multiple base stations can be installed to represent individual channels.

When a call comes in at the dispatcher center the receiving end can tell whom the message comes from in a number of different ways, either through specific unit identifiers, volume settings, busy indicator lights, as well as local protocol.

A base station may be operated locally or remotely. If a base station is locally controlled the front panel operational controls are located on the base station cabinet. Remote control base stations operate using DC-remote circuits, which are connected through private telephone circuits or radio links. In some remote system configurations four wire audio paths are used to connect the base station to the console. Other systems only need a two-wire link.

When using two-way radios to communicate interference includes any instance of hearing a different radio signal that is not within your network. If there are strong signals nearby this can occur, or if other users are trying to use the same channel as you to communicate. A professional base station helps prevent this interference in a number of ways:

If you are looking to improve the strength of your two-way radio system contact Highland Wireless today to learn more about all of your options!