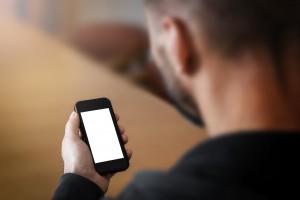 Blackberry might not be the most popular phone on the market any longer but they have recently combined forces to push out new groundbreaking two-way radio technology. For the first time ever, Blackberry devices will allow you to download an app that transforms the device into a two-way radio relying on the Internet. The push-to-talk capabilities are being touted as particularly useful to military personal, emergency response teams and law enforcement that do not have authorized radio headsets available.

The Seattle-based company Twisted Pair Solutions stands behind this new app. Twisted Solutions was proud to announce the release of their web-based radio on March 10. The app relies on the networks Internet connection to send and receive verbal messages to other Blackberry users with the touch of a button.

As of now, the technology is built exclusively for Blackberry models. The Mobile Communicator is expected to be available for other devices within the near future. Developers are already busy creating compatible operating systems for iPhone, Android and Windows Mobile.

According to Tom Guthrie, the company’s president, the new application is built using WAVE Thin Client Platform, which supports military-grade security including encryption technology. Guthrie said, “We’re now enabling point-to-point communications, irrespective of what network you’re on. If you happen not to be on a Sprint network, (or other network) that someone is on, you can’t do point-to-point talk. This lets you do this.”

How Does The Mobile Communicator App Work?

Simply downloading an app will grant users access to two-way radio communication. The signal will come from the Internet connection provided by the phone company, but how does it really work?

One Blackberry executive explains the rather straightforward process, “There is a server in your enterprise [or hosted device] that has the push-to-talk and/or radio feeds going into it. It then encrypts and sends the

via data channel to the app on the BlackBerry. It sounds like an enterprise version of something like Pandora or Slacker.”

Although this technology is very new and still has a way to come, it may offer a glimpse at the future of two-way radio technology. Albeit, that doesn’t mean the latest Mobile Communicator for Blackberry is going surpass or replace official two-way radio systems. In fact, there are still many benefits to installing a complete radio system over downloading a smartphone app. The best candidates for the app are companies with limited budgets, or who have invested in mobile phones prior to realizing what they really need is a radio system.

Investing in this technology is still not cheap, although it’s not highly expensive either. In order to obtain a secure point-to-point transmission that works on any network clients can expect to spend around $745 per device. There will also be an initial security and licensing fee expected to cost somewhere around $325 per client.

Cost aside, bloggers and industry experts are skeptical how well the latest two-way radio app known as Mobile Communicator will really work, let alone compare to the high quality of advanced two-way radio systems. Technology bloggers were quick to voice their opinions on Sprint Wireless community bulletin boards. Most have a “wait-and-see attitude,” as it’s a bit soon to really judge the capabilities of this new app.

One market observer highly familiar with the industry wrote, “I doubt that it will ever compare to iDEN (Integrated Digital Enhanced Network) PTT in terms of real-world performance.” Still, it’s not entirely far fetched, “But given that it could be ubiquitous by virtue of the fact that it is based on VoIP-like technology (RoIP), and it is just an app, this conceivably could open a whole new chapter in the life of PTT. Of course, it might turn out to be a dog and never gain any market. But if it works reasonably well, it might just be a game-changer. We’ll have to wait and see.”

As of now, traditional two-way radio systems still offer a number of advantages: