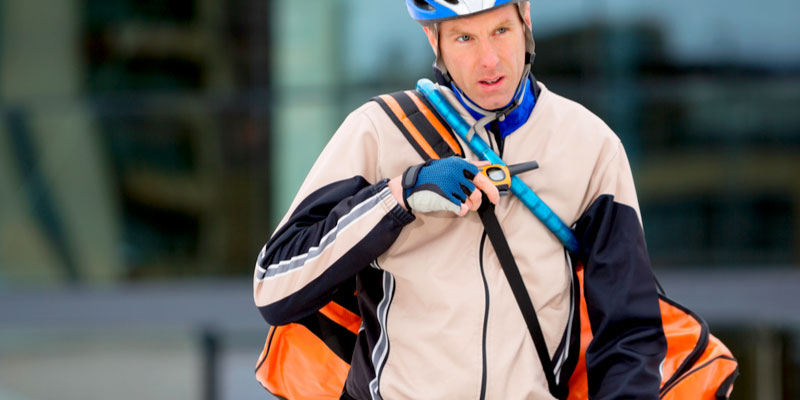 Transmitters, receivers and antennas play important roles in the functionality of two-way radios, including base, mobiles and handheld radios. The radio is referred to as the transceiver, as it both sends and receives messages.

What is a Two-Way Radio Transmitter?

A transmitter is responsible for generating a radio signal or wave. The oscillator is a component of the transmitter tasked with generating frequency. Then, frequency multipliers go to work increasing frequency to final output. Power amplifiers are used to increase signal power so that adequate power output reaches the antenna.

The output frequency is called the carrier, or a continuous wave (CW). The frequency of the carrier can change based on the amplitude of the carrier or phase modulation. Amplitude (AM) and frequency modulation (FM) vary in several ways, but most notably FM modulation is less likely to encounter interference from RF noise.

What is a Two-Way Radio Receiver?

Think of the receiver as the transmitter’s polar opposite. The receiver is tasked with receiving the modulated carrier, processing it and sending it off to a detector station. From there, the modulation signal produced by the carrier is stripped off and original information is restored.

Most radio systems are designed to work with AM or FM. A microphone is used to input the information and a loud speaker is used to output the receiver. For the most part, signals are typically analog signals.

Binary signals are used to transmit data and at the simplest form this takes place using frequency shift keying (FSK). Most systems in place today rely on more complex schemes for transmitting data to maximize efficiency.

Most digital signals are virtually impossible for humans to unravel. That’s because we live in an analog world with audio frequencies. One exception is the use of Morse Code, which relies on a system of ones and zeros to transmit messages. If you are skilled at Morse Code, you know how to translate the dashes and dots so they equate to letters and numbers. When using digital radio, a digital-to-analog converter is essential to communicate with other humans.

What About Two-Way Radio Antennas?

The antenna plays an important role in the process, it takes the radio transmitter and sends it into space so that the receiver can pick up the energy. Lower frequency channels require a larger antenna for better communication. In most cases, the higher the antenna is from the ground, the greater the radio signal and overall coverage it offers.

The transmitter, receiver and antenna all play a vital role in the functionality of two-way radios. Without one, the whole system cannot operate properly.