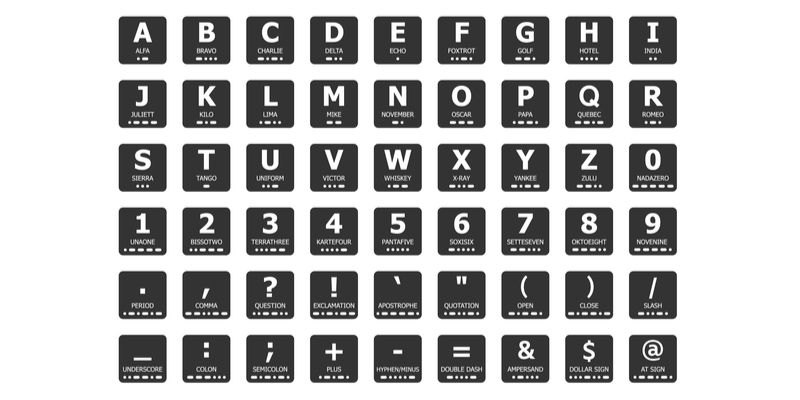 Have you ever found yourself talking over your two-way radio, and constantly repeating what you’re trying to say? “Did you say Victor’s near?” “No! Nick’s here.”

Instead of going back and forth all day, the phonetic alphabet comes in handy by employing code words that signify each letter of the English alphabet. Some words are just easier to understand when spelled using the phonetic alphabet. As a result, you can ensure that messages make it clear across the line and appropriate action is taken.

If you change up the words you use to represent each letter, things can get a little complicated and people may think you are referencing a different letter – which completely defeats the purpose of this system.

The Benefits of Using the Phonetic Alphabet to Communicate

Using the phonetic alphabet comes in handy in so many different scenarios, from talking to tech support to giving orders in an emergency situation. This system is so effective that it is used among medical professionals when communicating the appropriate message across the line is a matter of life and death.

Learning the phonetic alphabet is very useful, but the most important thing of all is to recall how each letter is represented. This concept is useful when working with people who use different forms of the phonetic alphabet, such as NATO or the LAPD radio alphabet. That’s because almost all of the alphabets rely on the same principle.

The NATO alphabet is the universal standard for phonetic alphabets around the world, that means that you’ll encounter it in many professional settings. Each word in the alphabet was chosen based on a host of tests that prove each word is understandable between speakers from unique linguistic backgrounds, and that each word is easy to pronounce and recognize.

There is a specific way to pronounce each number in instances where the message is not getting across clearly; it goes as follows:

In most cases, punctuation marks are referred to using their standard terms, but there are several exceptions.

Decimal point – point or a decimal