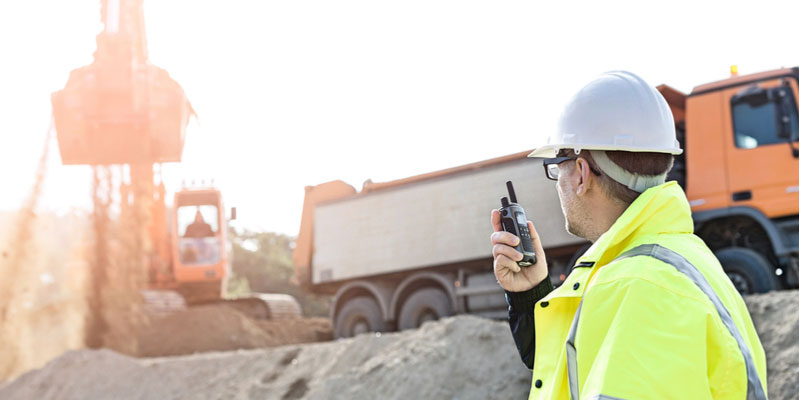 You might be wondering how far can two-way radios communicate—and how much of a difference is afforded by long-range radios in comparison to standard radios? No matter what, long-range two-way radios offer a much greater span of communication, reaching hundreds of miles. Although, the exact distance a radio can communicate across varies based upon different factors including the terrain, type of radio and watts available.

Standard two-way radios can communicate a relatively short distance, usually around 25 miles on a good day. On the other hand, long-range two-way radios operating on a Wide Area Network are capable of communicating across 300 miles with the same clarity you’d get if you were talking to someone next door. Clearly, this is a huge difference.

How our Wide Area Network Operates

At Highland Wireless, we understand the importance of solid radio communication, and recognize the need for much greater signal strength than standard radios offer. That’s why we offer a future-forward Wide Area Network that allows you to communicate via radio as much as 300 miles away. We were one of the first providers in Florida to offer this type of radio communication, which we see as the future of two-way radios.

How Does it Work?

A wide area radio system is a large network of connected sites, each with their own radio infrastructure. As each site receives data it sends an audio transmission to the next site and an onboard computer transmits the audio to each site necessary for broadcast. This all happens in under a second—providing quick and seamless communication across hundreds of miles. As a result, businesses in Miami, Daytona Beach, West Palm, Orlando, Tampa—pretty much all throughout Florida, can communicate without missing a beat.

Standard two-way radios are generally somewhere between 150MHz and 900M Hz. AM radio signals can follow the natural curves of the Earth and therefore be received hundreds of miles away. Radio signals are different, they are considered “line-of-sight” communication. Even if the point of signal is not really a straight line to the receiver, the signal moves in a straight line following the horizon. As a result, they can get blocked up by different obstacles and interferences.

While standard radio signals can move through a lot of different non-metallic objects as well as walls and many other obstacles, they can ‘hit a wall’ when it comes to certain obstacles or hilly terrain. This is especially true if the antenna height is low. Antenna height plays an important role in how a signal is projected. Raising the height of the antenna can extend the line of sight, along with the distance a signal can travel.

Power output is important too, the more watts a radio has the farther distance the signal can travel. Think of it like this: while many radio stations are operating at 50,000 to 100,000 watts, the average handheld two-way radio is broadcasting at 1-5 watts. Additional watts greatly increase the distance a radio signal can travel. Unfortunately, radios with a lot of watts will lose battery charge quickly. Hence, the need for a different system that allows for long range communication without the drawback of significant battery drain.

Our Wide Area Network offers the reliable communication you need across the state of Florida. Learn more about our reliable network.