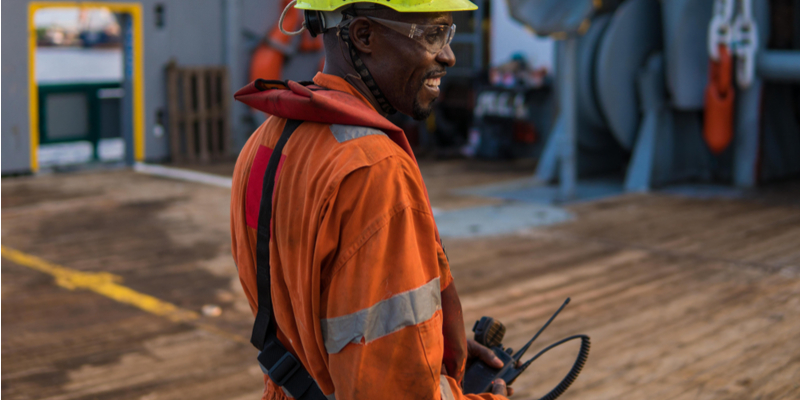 Back in the day, semaphores and flags were a primary form of communication for ships out at sea. Radio brought about drastic changes in marine communication, and greatly improved the safety of everyone involved.

By the time the seventies rolled around, a greater deal of research and thought had gone into it. After assessing the International Telecommunication Union studies, IMO developed ship-to-ship and ship-to-shore communication. At this point, a radio officer was no longer necessary to keep watch at all hours of the day and night.

Marine communication was addressed through the use of onboard systems via shore stations and satellites. VHF radio made ship-to-ship communication a reality, and shortly thereafter Digital Selective Calling (DSC) allowed for greater communication capabilities including remote control commands that could transmit and receive distress signals, place urgent safety calls, and put out routine messages. Today, DSC controllers are often integrated with the VHF radio in line with updates regarding SOLAS (Safety of Life at Sea) requirements.

There are a variety of radio communication systems that must be carried on board ships, the exact requirements vary based upon the area a ship is navigating.

A1: This represents ships that are around 20 to 30 nautical miles from the coast and are therefore covered by at least one VHF coast radio station, thus allowing for constant DSC alerting. The equipment used in this area includes a VHF and a DSC along with a NAVTEX receiver.

A2: This represents any area that is over 400 nautical miles away from the shore. In practice, it also reaches 100 nautical miles off shore but does not include A1 areas. The equipment used in this area includes a DSC, along with a radio telephone (MF radio range), as well as the equipment needed for A1 areas.

A3: This area excludes A1 and A2 areas, but is within INMARSAT geostationary range, and falls within 70 degrees north and 70 degrees south latitude, this area allows for continuous alerting. The equipment used in this area includes a high frequency radio and/or INMARSAT, along with all equipment required for A1 and A2 areas.

A4: This accounts for all areas located outside of A1-A3. Generally speaking, this includes the Polar Region North and South of 70 degree of latitude. The equipment used in this area includes all of the previously mentioned equipment along with HF radio service.

All of our world’s oceans are covered by HF marine communication services. It is required by the IMO that there are two coast stations per ocean region. Most ships are equipped with satellite terminal for Ship Security Alerts System (SSAS), as well as for tracking and long-range identification.

The marine navigation tools mentioned above are there to assist with Search and Rescue operations from Maritime Rescue Co-ordination centers. The goal is always to keep those out at sea as safe as possible.

Let Us Outfit Your Vessel with Top-notch Communication

At Highland Wireless, our Marine Communication Consulting Division is here to help improve ship communication along with overall safety and efficiency. Our flexible options are offered at competitive prices. Plus, we work with you from start to finish – from design to delivery and on through continued maintenance. Learn more