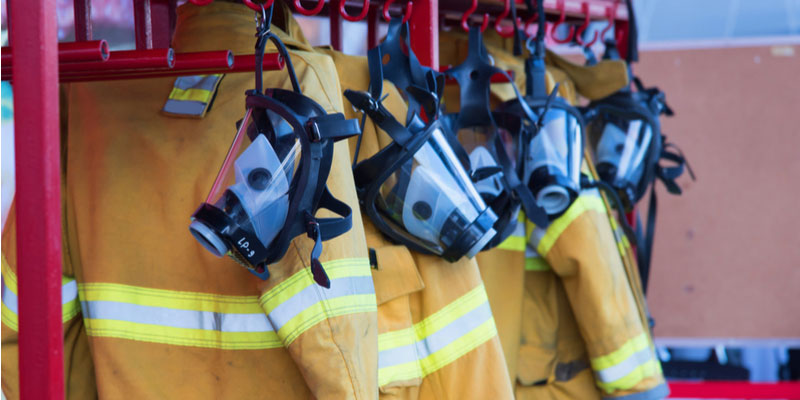 At any time, a fire emergency could break out on a ship. Is your fire team prepared to battle the flames and protect the safety of all crew members?  The right communications equipment helps ensure your team is prepared for anything. Intrinsically safe fire team radios are required onboard ALL vessels as of July 2018 according to the latest regulations put into place.

Why Fire Team Radios are More Important Than Ever

Not only do fire team radios protect your team, they are now required. In 2016, SOLAS updated regulations regarding radio communication for fire teams onboard ships. It was realized that current systems lacked important safety features. That’s why they implemented several new rules, including: all ships must carry at least two 2-way radios rated as intrinsically safe and explosion proof. All ships built on July 1st, 2014, or thereafter, must comply with this new regulation. Ships built prior to this date have until July 1st of this year (2018) to comply.

One of the first requirements radios must meet to be considered appropriate for fire teams is that equipment is intrinsically safe. By its official definition, intrinsically safe is defined as equipment that “is incapable of releasing sufficient electrical or thermal energy under normal or abnormal conditions to cause ignition of a specific hazardous atmospheric mixture in its most easily ignited concentration.” In other words, radios, wiring, and other equipment must be capable of withstanding high-heat environments and other emergency situations.

SOLAS stands for the International Convention for the Safety of Life at Sea, this organization sets safety standards for vessels, including the types of two-way radio communication systems employed. SOLAS has an entire Chapter dedicated to Radiocommunications and the Global Maritime Distress and Safety System (GMDSS).

Chapter IV outlines the importance of all cargo and passenger ships with 300 + gross tonnage. While navigating international waters, these large ships must carry the proper equipment to increase the chance of a rescue following an unexpected accident or emergency. This includes satellite emergency position to indicate radio beacons, as well as search and rescue transponders. First Responders must be able to identify the geographical location of the ship and its survival craft.

Other chapters outlined by SOLAS include:

The subdivision and stability of machinery and electrical installations (construction)

Lifesaving appliances and arrangements available onboard

What is a Good Fire Team Radio for Vessels?

Motorola makes a variety of top-notch two-way radios that meet Marine Fire Team radio requirements. The Motorola XPR-7550 is a fine example of incredible engineering, reliability, and durability. All packed into an easy-to-use radio with a color screen and optional keyboard.

Our SOLAS Marine Fire Team Radios Package comes with the MOTORBO XPR7000e Series, a family of DMR standard digital radios and communication systems. Flexibility is key and this radio offers your crew the option to operate on UHF or VHF communication systems, or marine VHF channels.

Update Your Vessel Before July 1st—we can help!

We want to help you meet the latest Marine Fire Team radio standards set forth by SOLAS. We have everything you need to get up to speed, including TETRA radio systems specifically designed for Mission Critical Communication. Contact us today to learn more!